Nichi is a Ph.D. student in the philosophy department where she researches the philosophy of psychology. Prior to this, she earned a B.S. in mathematics and did research in combinatorics, number theory, and topology, programmed for an NSF-funded math education web application, directed WVUR-FM, and founded several charitable organizations. Most of her attention is directed at learning to understand more perspectives and acting prosocially. More information is available at link below. 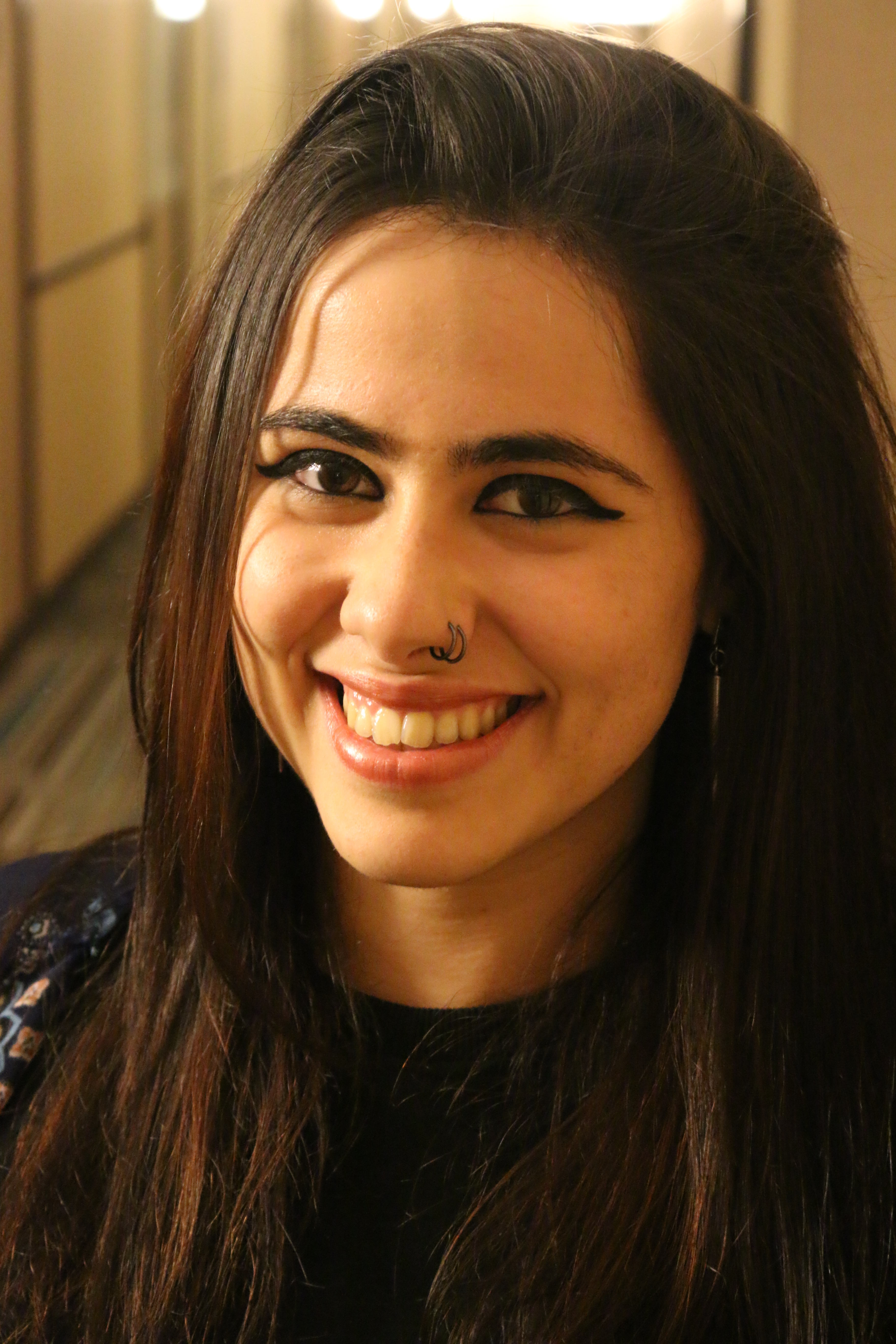 Hello! My name is Judit Palencia Gutiérrez and I am a Romani-Spanish international student. After studying in different parts of Spain, Ireland, and New Mexico, I decided to apply to the UCR Hispanic Studies program because it characteristically studies the relation between border communities and conceptual structures, and I am interested in how minoritized populations experience trauma. My involvement in my previous universities as well as my 4 years in GSA has provided me strong knowledge and training that I would love to implement in the VPAA position, fostering clear intra-departmental communication and making the most out of the budget in order to provide academic/professionalizing events, and developments at UCR.

I became a part of the UCR community in 2012 as an undergraduate student and have since gone on to complete my Master’s, and now pursue my Ph.D in Higher Education Administration and Policy. As a first-generation, low-income, immigrant, my educational pipeline has been shaped by structural challenges which many students in the UCR community share. My passion for higher education governance stems from the inequities embedded in social, political, and economic structures, and my various roles at UCR have allowed me to use my voice to highlight areas in which we can improve practice. As a Ph.D. student, I have involved myself in as many areas of UC governance as possible to advocate on behalf of my peers. In order become an advocate for students and solve pressing issues in graduate life, I became involved in the GSA and UCOP. I sit on three system-wide committees as a graduate student representative: 1) the UC Coordinating Committee on Graduate Affairs, 2) UC Committee on Academic Freedom, and 3) Student Search Advisory Committee for UC President. Additionally, I was appointed as the Graduate School of Education Academic Affairs Officer (AAO) for the UCR GSA. Through GSA at UCR, I also serve as a representative on the North District Naming Committee (NDNC) and the Academic Senate Award Committee on Distinguished Teaching.

I started attending UCR as an undergraduate in Fall of 2014 and earned my Bachelors of Science in Electrical Engineering in the spring of 2018. During my undergraduate I took on an active role in our universities branch of the Institute of Electrical and Electronic Engineering, serving as both the treasurer and the president. I entered the Electrical Engineering PhD program directly from my bachelors and with a research topic in computer vision.This year I have served on the ECE GSA board as both the
Vice President of Operations & ECE GSA Representative. 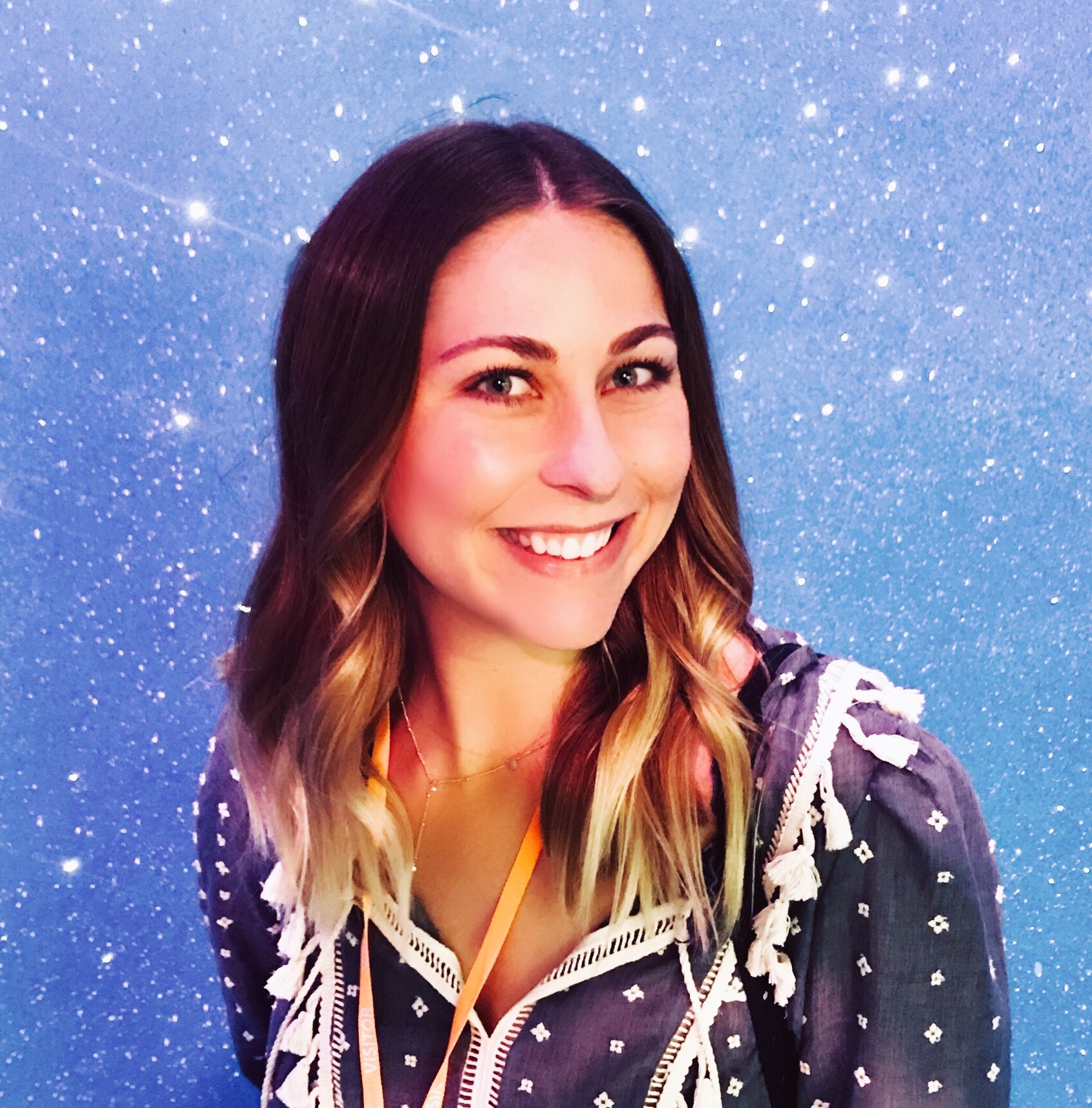 Hello, my name is Danielle Delany. I am a PhD candidate in the Psychology program. I received my B.A. and M.A. in Psychology from CSU Fullerton. My research focuses on understanding the factors that influence children’s motivation and achievement, as well as how parenting in various cultural contexts contributes to children’s academic and emotional adjustment. Throughout my time at UCR I have been actively engaged in graduate student life and the resources that serve them. I have been a departmental GSA representative, the Mental Health and Wellness Resources special topic peer mentor for the Graduate Student Mentorship Program (GSMP), and this year, served as the GSA Legislative Advocacy Officer. In each of these positions I had the unique opportunity to work with graduate students and in doing so, I heard both their successes and concerns in accessing the resources afforded to them at UCR. Through these experiences, I witnessed how important the student voice is in advocating for changes at both the UCR and UC system level, specifically on issues related to student health. If elected, I plan to continue to ensure that graduate student voices are heard and will work hard to make important student health insurance issues visible. 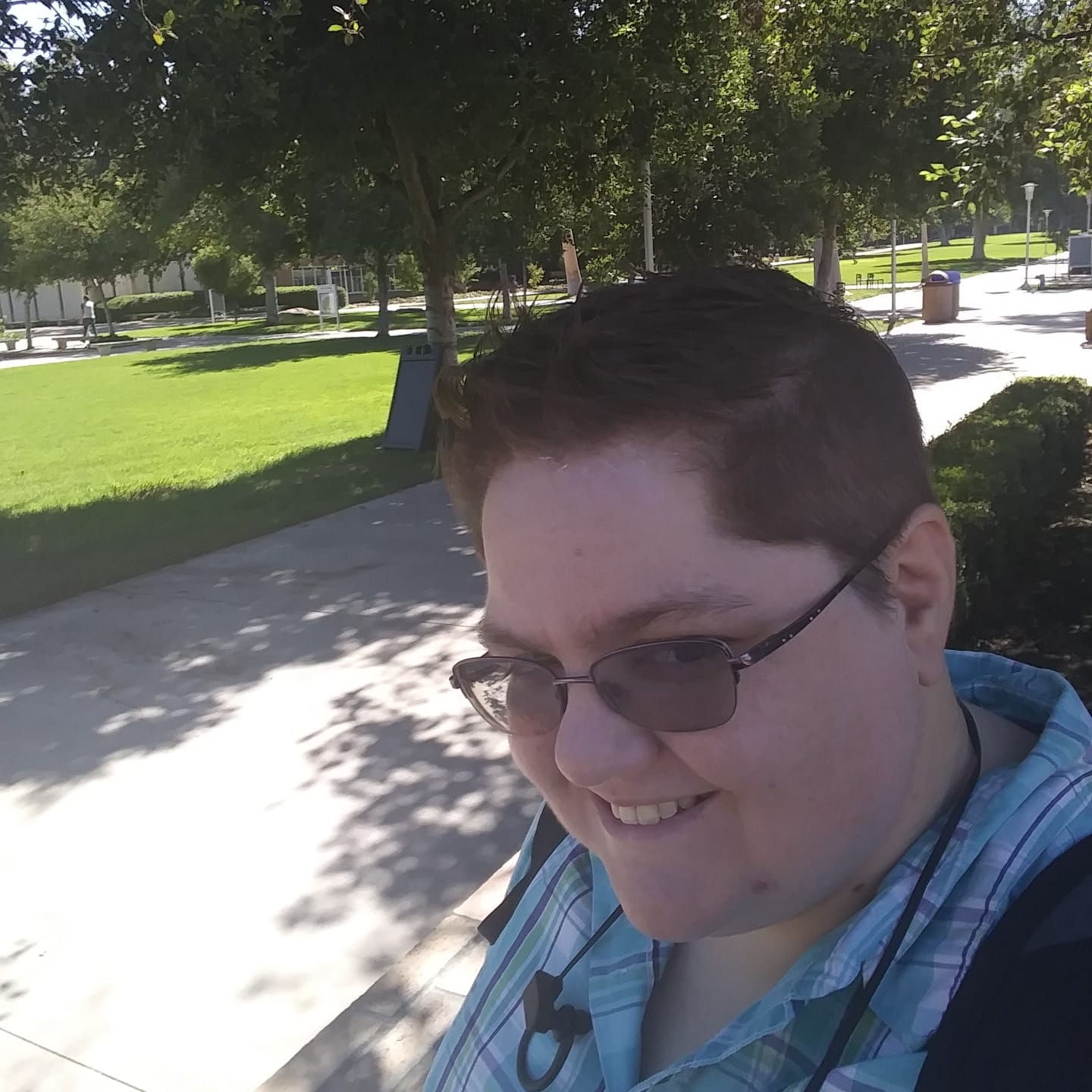 I am applying for the finance and grantwriting officer position as part of the
2020-2021 UCRiverside GSA executive board.
My GSA Experience as the 2019-2020 Finance Officer, the 2018-2019
Webmaster/secretary, and the 2017-2018 GGB program mini-GSA rep demonstrate I am actively interested in the future of graduate students at UCR. During my first year as finance officer, I have learned a great deal about the budgetary process within UCR, and I look forward to a second term to use that knowledge to advance the interests of graduate students. My goal during my second term as finance officer will be to combine this knowledge base with my tech experience. My tech experience has already benefited grad students resulting in a new UCR GSA website and streamlined officer report submission. In addition to updating practices of the finance officer, my training and experience writing grants during Peace Corps will enable me to assist interested departments. As UCRiverside enters a period of financial cuts, it will be imperative to obtain external funds. I intend to use my position to help departments obtain external funds when possible.
My tech expertise and grant writing experience provide me with a unique skill set from which the graduate student population will benefit during my service as finance and grant writing officer. 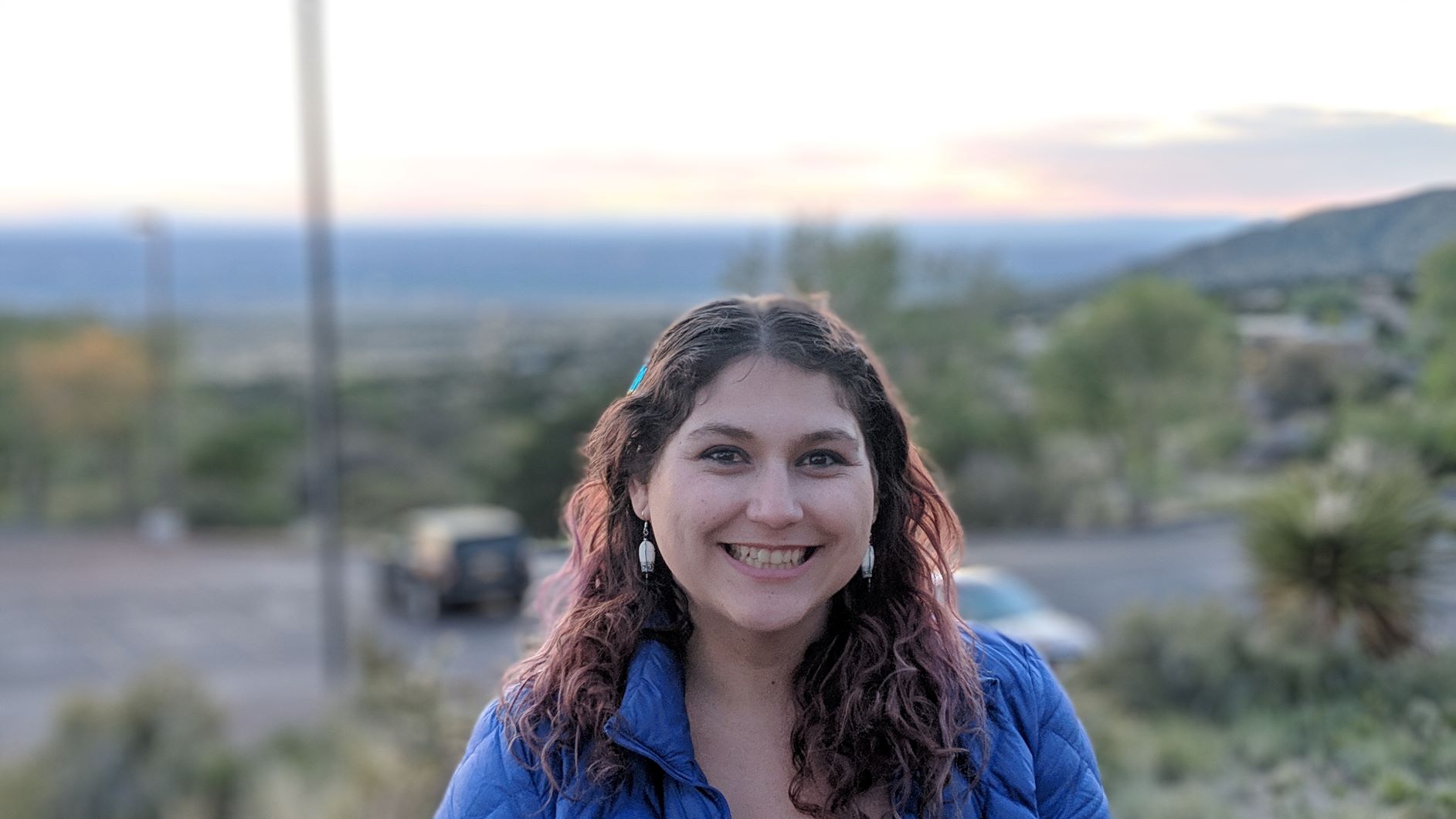 Jessica Gutierrez Masini is a fourth year Ph.D candidate in Ethnomusicology at the University of California, Riverside (UCR) with interdisciplinary research interests in  interests in feminist and decolonizing methodologies, music of the Americas, and music and identities. She is fascinated by how Native American peoples not only maintain, but celebrate and create traditions through music and dance. Jessica completed her M.A. at UCR with an engaged ethnomusicological project titled “Native American Indigeneity through Danza in University of California Powwows: A Decolonized Approach.” She has presented highlights from her research locally and nationally for the Society of Ethnomusicology in 2018, as well as, internationally at the Graduate Student Music Conference in Toronto, Canada. In 2019, Jessica was awarded the McLucas Fellowship from the Society for American Music to expand her dissertation project to powwows throughout the Southwest, United States. She currently serves as GSA Student Representative for the Music Graduate Student Association at UCR and as the Performance Team Leader in a multidisciplinary campus project called #IndigenizeUCR. Jessica’s ultimate goal is to indigenize academia by supporting Indigenous self-determination and better connecting knowledge practices and resources to the communities she works for and with.

The current version of the UCR GSA constitution is found below.